The finalists were lucky with the weather for the finals day. Unfortunately the Captains Foursomes and Reid Rose Bowl finals couldn’t play on the day. 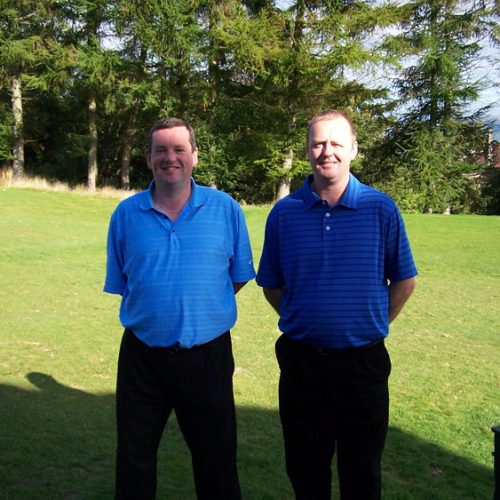 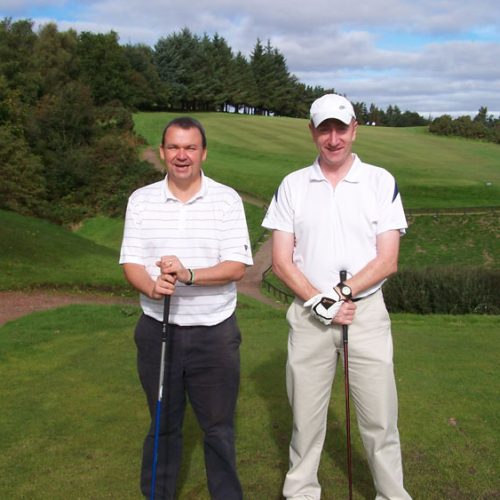 Challenge Cup finalists Gerry Donnachie and David Heron. David won at the 4th extra hole having agreed to have a 4 hole play off. 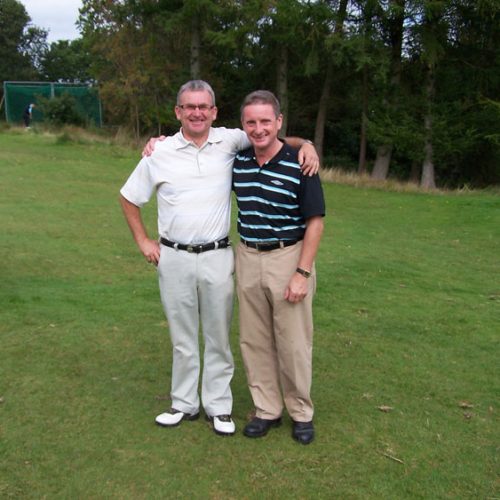 Provost Trophy finalists Bob McGill and Alec Cloudsley were beaten by Murdoch Carmichael and David McFarlane. Murdoch and David missed out on the photo opportunity before the match as they were practicing.

On a great sunny day with little wind, the golf course was in excellent condition.  The final for the Provost Trophy was played between Davie McFarlane and Murdie Carmichael against Bob McGill and Alec Cloudsley.  With the various handicaps, Davie was receiving 2 shots from Murdie, whilst Bob and Alec were receiving 12 and 7 shots respectively.

The first hole was won by Davie, who pitched to 12 feet and converted the putt for a birdie.  Alec won the second hole with a net eagle after pitching dead, Murdie being only a few feet away with his pitch.  The next three holes were halved leaving the game all square.  The 6th hole was won by Murdie, who pitched to a foot for a 3.   Davie won the 7th, hitting a great 5 wood to 12 feet and sinking the putt.  The 8th was halved.  The 9th was won by Murdie hitting a drive and 8 iron to 6 feet, and getting the birdie.  The turn being reached Davie and Murdie were 3 up.  The 10th hole saw Davie hit a 5 iron to 10 feet and sinking the putt for a 2.  The 11th hole was again won by Davie with a birdie 3 after chipping in, this being converted to a net eagle 2 with the stroke from Murdie.  The 12th hole was won by Bob with a birdie 3 after a great 40 foot putt, converted with the stroke from Murdie to a net 2.  The 13th saw Bob  hole a 30 foot putt for a 2;  Murdie followed him in from 15 feet for a matching 2.  At this stage Davie and Murdie were four up and they duly completed their victory 5 and 4 at the 14th hole. 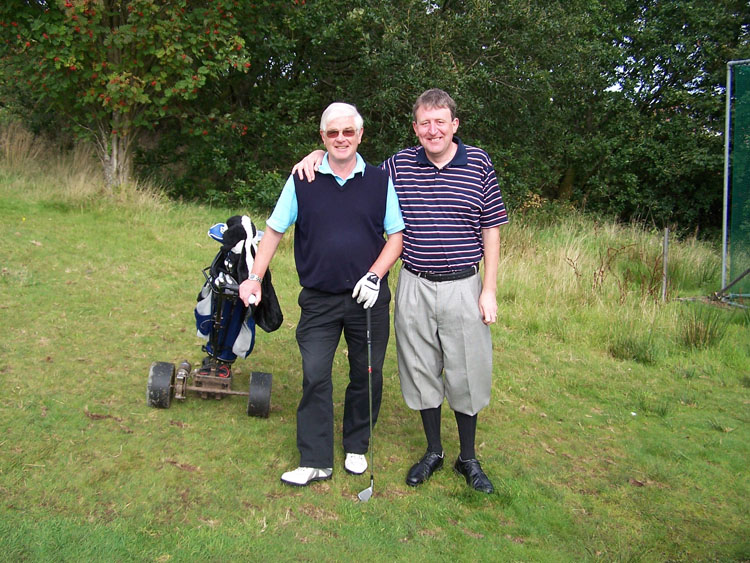